1) Can I rent a car with a Chinese driver’s license?

Answer: If you log in to Canada as a tourist, you can use a Chinese driver's license to drive for 6 months. However, if you log in as a new immigrant, your Chinese driver's license will be counted from the day you log in and can only be used for 90 days. (PS: If the province where you first landed in Canada is different from the province where you plan to reside, the validity period of your driver’s license is 90 days from the day you land in the province where you are resident.) For example, if you are a new immigrant in Alberta After landing, leave the country within 90 days. Then after half a year, I will go to British Columbia and prepare to be permanent in British Columbia. The validity period of the driver’s license is calculated from the day of landing in British Columbia and is valid for 90 days.

2) How long is it cost-effective to rent a car?

3) How to buy insurance if I rent a car?

Answer: Car rental insurance will fluctuate slightly according to the size of the vehicle and the brand. The general cost is $25 per day. The entire process of purchasing the insurance is completed by our company. You only need to provide the corresponding information.

4) What does car rental insurance generally include?

5) What documents or procedures are generally required to rent a vehicle?

Answer: To rent a vehicle, you need a driver’s license and a credit card (credit cards in Mainland China are also available). Car rental procedures include providing the driver’s information, paying for the rental car, checking the mileage of the car, the amount of fuel when leaving the car, and the scratches on the body. The whole process can be completed in less than 15 minutes.

6) Can the rented vehicle go to the United States?

1) Can I buy a car or rent a car without getting a Canadian driver's license?

Answer: You can buy a car, complete the transfer procedures, and buy it under your own name. When buying insurance and getting a license, the car can still be in the name of a person without a driver's license, but a person with a BC driver's license is required as the principal operator. To put it bluntly, the government needs someone who can endorse the car so that someone can bear the penalty and fine when the vehicle is fined! At the same time, you can also rent a car. As long as you log in as a tourist, you can rent 6 vehicles with an international driver’s license. Month; if you log in to Vancouver as a new immigrant, you can rent it for 3 months with a Chinese driver's license!

2) What are the BC driver's licenses?

Answer: Compatriots without a Chinese motor vehicle driver's license will receive a Leaner license with an L letter after passing the written test and will receive a Level 7 Leaner's driver's license. They will also join the BCs Graduated Licensing Program. They will be eligible to participate in Level 7 after at least one year. For the Novice license test, during this period, you must have a supervisor (over 25 years old and hold a BC driver’s license above level 5) sitting next to it, and there is no restriction on urban roads. However, driving is not allowed from midnight to 5 in the morning. In addition, there are restrictions on who can sit and how many people can sit in the car.

Before the written test (knowledge test), you can go to any ICBC test center to get a free book named "RoadSense for Drivers" (Traditional Chinese version requires money to buy, as long as you have a certain foundation in English, do not choose Chinese textbooks and Chinese exams. ). In addition to reading books, it is more effective to do the "Online Practice Knowledge Test" mock questions. At least 80% of the test questions are randomly selected from the mock question bank. The written test fee is 15 yuan each time. The test is completed independently on the computer of the test center. There is no time limit. As long as you answer 40 of the 50 questions correctly, it is OK. If you fail, you can take the test the next working day until it is OK.

5) What are the key precautions for the road test?

Answer: Many friends who want to take a driver’s license in Vancouver ask: Isn’t the road test just about driving on the road? When learning to drive with the coach, the coach said a lot of this important thing and that should not be forgotten, and the students said in the cloud. I felt that the road test was like going to the execution ground, and I was terribly scared. So, what exactly does the examiner have to test in the exam?

If you feel that the basic insurance cannot meet your insurance needs, you can purchase other additional value-added supplementary insurance when you go through the car pickup procedures at the store.

What situations are not covered by vehicle collision insurance?

Usually, Loss Damage Waiver (LDW) can exempt you from the damages of the rented vehicle during the rental period that exceed the minimum compensation. You only need to bear the costs within the compensation. However, the situations listed below cannot exempt you from liability and require you to pay all costs incurred by the corresponding vehicle damage.

Conditions not covered by vehicle collision insurance include:

What is covered by the theft insurance coverage?

Generally, the coverage of theft insurance includes: vehicle theft, or damage to the vehicle caused by someone trying to steal the vehicle, theft of vehicle parts and accessories, and any loss of the vehicle that the rental company may suffer due to theft.

In the event of a theft accident of the rented vehicle, you need to bear the out-of-pocket expenses below the indemnity of the corresponding anti-theft insurance. This part of the expenses will be deducted from the vehicle deposit you paid, and the insurance company will settle the claim. If necessary, you can purchase an independent anti-theft insurance deductible supplementary insurance from the local car rental company. 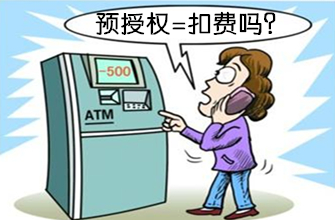 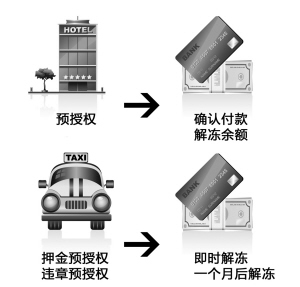 Unlike domestically, when renting a car abroad, you can only book a certain model group, and you cannot specify a specific model when booking. When you search for vehicle quotations on Tuniu, the title of the results displayed is "Compact Model: Volkswagen Golf or the same model", which means that you are currently viewing the compact model group of the car dealer with Volkswagen Golf as the representative model.

It should be noted that in different regions, the same car may be divided into different model groups, such as the Ford Focus, which may be a compact model (Compact) in Europe, and may be an intermediate model (Intermediate) in Thailand.

Due to differences in consumption habits and values, in foreign countries, cars are only a means of transportation for most people. Therefore, the brand classification of vehicles is not as obvious as in China. Foreign car rental companies generally follow the function, size, and seat of the model. For example, Audi A3 and Toyota Corolla may be classified as the same group of models (CDAR compact models).

Therefore, when you book the CDAR compact model group and go to the store to pick up the car, you may get the Audi A3, or you may get the Toyota Corolla. This is normal. Of course, if the vehicle inventory is large, you can choose the car you think is better, but there may be only one car to choose from during the peak season. When the Audi A3 is picked up by others, you can only choose the Toyota Corolla.

After completing the formalities, you can go to the parking lot to pick a car. When there are many cars, there is a row of cars in the same group for selection